Aunt Eileen is back in the hospital

This time it is pneumonia. She was hospitalized with pneumonia several months ago also. It is hard to believe that my aunt is almost 95 years old! She is hard of hearing which causes her much aggravation, but she had difficulty keeping her last pair of hearing aids going, and because they are so very expensive, she goes without.

She was sent to the hospital yesterday by the staff at her facility and after I discovered that she was being admitted, I asked the nurse to tell her I would be in the next day. When I arrived at noon today, she was picking at her lunch (stir-fry) and ready for me to be there! She was feeling much better today, since they began antibiotic treatments and had her sitting up in a chair. When she lays down, her coughing is a real problem. It appears as though she will be sent back home on Friday. She asked if I could take her home because she can't afford the cabulance ride and of course, I told her not to worry that I will be there when she is discharged.

June 23rd is her birthday and she wants to make sure that I order a big cake and bring it in to her assisted living facility to share with everyone there. She mentioned this to me several months ago, so it is on my calendar. I won't be surprised if she makes it to 100! She still has all her faculties but thinks she is really forgetful. I hope I am as lucid as she is should I actually live that long! 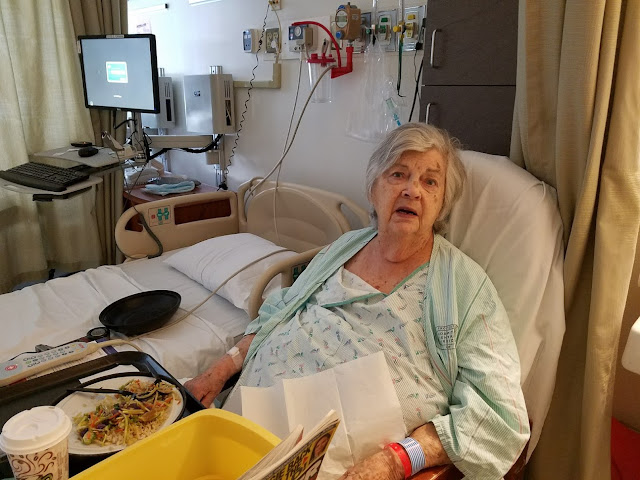 Posted by Sandy Young at 3:52 PM No comments:

Grandchildren are the BEST!

Last Friday I got to spend some one-on-one time with Charlotte who is six. What a sweet, innocent age! We went to the park and she enjoyed picking the "flowers" and making a bouquet for her mom. 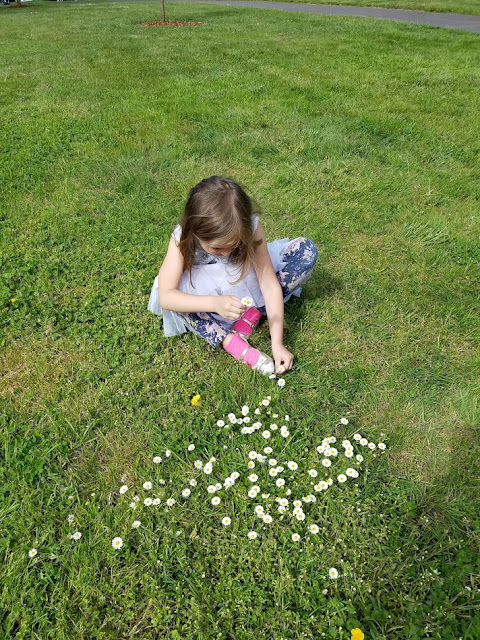 On Saturday Shauna invited me to go with her and the girls for the day. Annika was spending the weekend with them since Kari drove Saben to Portland for a Rubik's Cube competition. We drove to Snoqualmie Ridge and went past the house they are purchasing and then we walked the wonderful trail right behind their house which eventually took us to a wonderful park, where boys were playing a baseball game and lots of kids playing on the toys. We then walked back to the car and drove to another park in the Ridge which had 2 ziplines and a merry-go-round toy that the girls enjoyed. I brought Beemer with us and he had a fine time getting exercise, laying in the shade and greeting the many dogs we encountered.

From there we went to an ice cream shop in Snoqualmie. yum. 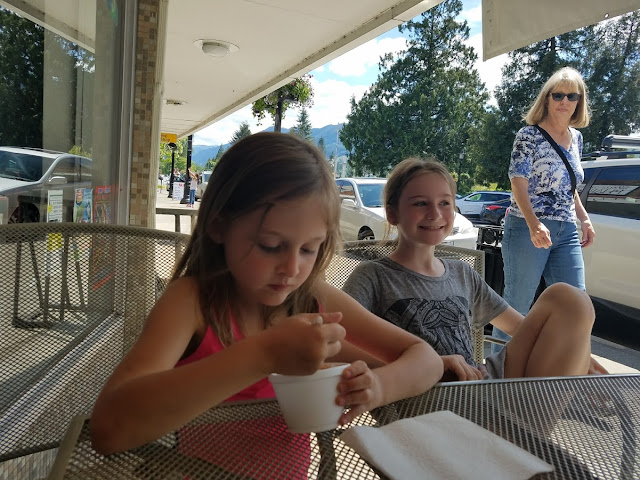 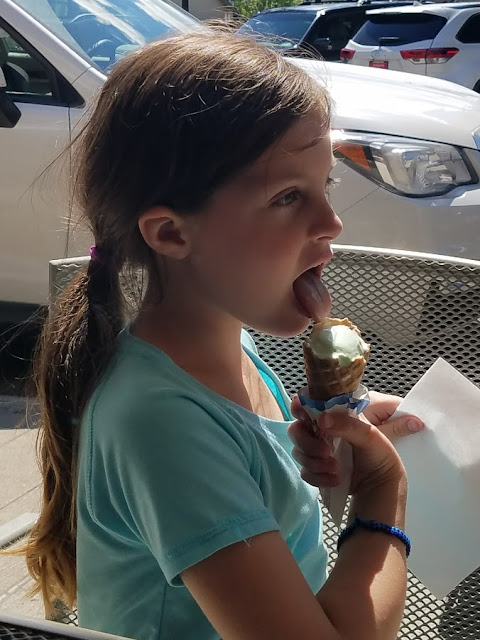 We also stopped at a wine tasting room which was dog friendly (!) and Shauna and I sampled a few varietals. They were also kid friendly. I think Pete and Shauna and the girls are going to LOVE living in that area. It felt like a vacation day!

Then on Sunday Dave and I went to watch Hailey and Charlotte play in their soccer game. What fun! Uncle Jason came to watch as well as Pete's Mom, Cindy and husband Ken.

Posted by Sandy Young at 5:56 PM No comments:

No Dim Sum for me thank you very much

My friend, Sharon G. and I met for lunch yesterday. She suggested this restaurant which is known for its dim sum. OooooKayyyyy. I've never eaten dim sum so wasn't exactly sure just what a treat (not!) I was in for! I arrived first, was seated and watched ladies with carts moving around serving lots of dishes to customers. Hmmm. When Sharon arrived, even before she had a chance to sit down, these ladies were at our table opening baskets of food and seemed annoyed when I said I didn't want one dish that they were sure we should get. Slimy looking white "dough" encasing shrimp. I felt assaulted and asked for a menu. That didn't help as they continued to open baskets and set them on the table. Absolutely nothing looked good to me but Sharon had been through this routine before so I asked her to go ahead and get what she wanted. She was quite sympathetic to my situation and wanted to be sure to get things I would like. Thanks, friend!

As it turned out, I like to decide in a relaxed manner just what I would like to eat and didn't find much of what we got to my liking. Poor Sharon. I think she was even a bit frustrated with the ladies forcing their food on us without a chance to even sit down or think about what dishes we should order. She thought this would be a treat for me, but I wasn't thrilled to eat a ball of gummy shrimp wrapped in a pretty slimy doughy wrap or sticky rice with tiny balls of meat (?) inside served in a big old leaf, deep fried shrimp in a triangle of some sort of yellow dough or a teensy bit of  BBQ pork inside a "dinner roll." As it turned out, these 4 dishes cost us $14 per person. Add insult to injury! I guess the Chinese community likes this type of food and service because there were plenty of diners and Sharon and I were definitely the minority. I will stick to my normal American Chinese fare please!

On the other hand, Sharon and I had a fine time catching up and we always enjoy our time together irregardless of what type of food we eat! 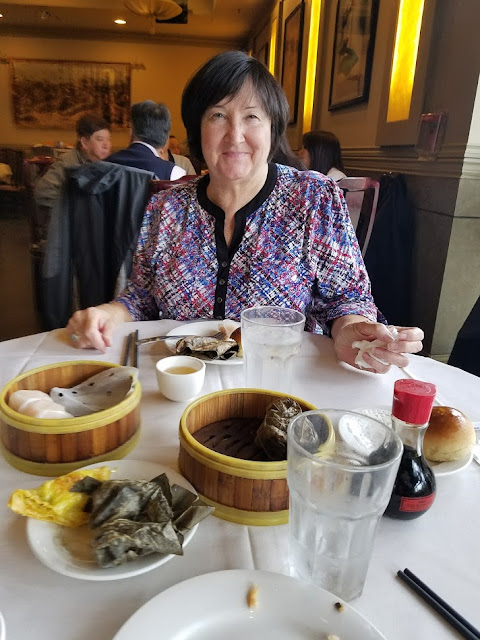 Posted by Sandy Young at 8:10 AM No comments: