So, maybe this isn't all about me. We were playing pinochle with the Scotts last week and the girls lost. We lost our fighting chance when Dave took the bid and got a double run! For those of you that don't know a whit about pinochle, let me just say that this is MAJOR! It is worth 150 points....and the game only goes to 150....so since we already lost the previous game, we decided to call it an evening and go home. I have a feeling that the girls will whomp the boys next time!

I've been playing pinochle since I was a teenager. When I was 19 and worked at Boeing as a secretary...now I would be called an administrative assistant I suppose....I played during lunch time with some of the guys in the office who worked for my boss. Then when Dave and I got married and began to develop friendships with other couples, he needed to learn this game. When we lived in Spokane, we would play with the couple who lived upstairs (a large house divided into 4 apartments.) James was in the Air Force and I can't quite remember if Jaye worked or not. I remember one time I about shrieked when we were playing because a praying mantis was sitting on the open window sill. I had never seen one of these insects before. Well, wouldn't you be stunned if you saw one of these 3-4" aliens looking at you?? 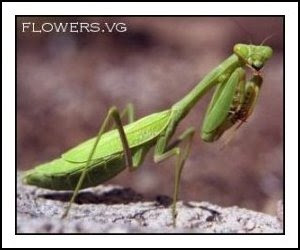 Shudder. So anyway, I've been playing this game for a lot of years. When our parents were alive and the kids were tiny, we would invite either my parents or Dave's parents over to talk and play cards. We spent MANY hours with our parents playing cards. My parents just lived a short walk through their pasture from us and it was very easy to have them over to spend an evening together. I remember when Jason was a tot, he just could not eat any sweets after dinner or he would have serious stomach aches! Many times, after a birthday was celebrated, our parents would hear Jason in his bedroom groaning loudly about his stomach hurting. I know they thought we were cruel because we began to pretty much leave him to his groaning! We had learned that this was a normal reaction for Jason and either it would pass or he would end up in the bathroom vomiting! I think this is why Jason doesn't eat sweets to this day.

We have celebrated every New Year's Eve with the Scotts for the past oh, eighteen years. And what do we do? We play pinochle. They usually have 3-4 tables of players (12 or 16 people) and after we share a meal together we settle in for several hours of pinochle, always with a table full of snacks to graze on. We rotate from table to table so as to have a different partner for each game. They have prizes for the winners. I can't imagine having this tradition come to an end!

When we are with either the Scotts or Lambs, we usually converse over a game. Sometimes it is Marbles and Jokers (kind of like Sorry) or else it is pinochle. Many years ago we played Trivial Pursuit with family and friends, but I guess everyone is having memory issues by now because no one seems interested in playing that anymore. ;)

Oh my, and I have such fond memories of playing pinochle with my mom and dad during those last years of my dad's life before he was officially diagnosed with Alzheimer's Disease. It was too CUTE!! My dad would never let on that he had ANY memory problems and the 4 of us would sit at the table and laugh and laugh as we tried to play pinochle and my dad would get confused and "forget" who got the bid or how many cards he should pass to his partner! He would laugh along with us and I will always cherish those memories with my parents. The funny thing is that although the Lambs and Scotts and Dave and I are not showing any signs of dementia (I don't think!!) we still find ourselves asking, "Who's deal is it? What was the bid? Who bid last?? Who's turn is it?" Well now that I've put that in writing it seems VERY scary!

In reminiscing about game playing, I've come to wonder why our kids don't play pinochle? I guess the younger generation has found other games that they like. Sure would like to be spending time with our kids playing games in an evening. I doubt that will happen since the truth is that Dave HATES games! He has agreed to play pinochle to keep our relationships with parents and friends alive, but he would rather just sit and talk. I LOVE games! Especially word games.I love Boggle and scrabble (if I can ever find someone to play with.) I'm sad that Kyle and Kari are too far away to get together for an evening of talk and games. Pete and Shauna are nearby so maybe one day we will carry on the tradition of getting together to play games. Please don't feel pressured, Shauna! I'm just rambling and don't expect the games to begin! Like I said, your Dad is not too keen on games anyway. Jason is single and 3 handed pinochle isn't much fun. I don't believe that any of our kids know how to play anyway.

I guess I have to admit that I'm competitive. But I really don't care if I win or lose. I just like the activity! Not that I don't enjoy winning.....
Posted by Sandy Young at 8:44 PM 4 comments:

Katherine Belle Haley Repetowski
My Mom
Wish I could still tell my mom Happy Mother's Day! It's been 10 years since she passed away. I miss talking to her on the phone daily and I'm sure Dave misses the pies she used to make....just for him.  I also miss all those Sunday drives to take my parents to see the beauty of Seward Park, the gorgeous magnolia trees in North Seattle, the deepest snow we've ever seen at Snoqualmie and on and on and on. And of course, each year driving to various areas to look at Christmas lights. Thanks for the memories, Mom!
Posted by Sandy Young at 11:11 PM 1 comment: