My daughter-in-law, Kari, mentioned a few months ago that when talking about Veteran's Day in school, Saben (age 6) said that no one in his family had served in the military! Oops! How would a six year old know that there had been several of his relatives who served in the military? Kari said that all she wanted for Christmas was some photos of those in our family who had served. Luckily she had forgotten all about this yesterday when they opened one of the gifts from Dave and I. Here it is!

Beginning at the top left, Dave's great uncle Howard Fitch was a captain in the Navy. Next is Dave's dad, Ernest Young, who served in the Army in World War II. Then there is Dave in is Navy get up, served at Balboa Hospital as a corpsman caring for those back from Vietnam. Lower right is my uncle Jim Babeck who also served in the Navy. Then the most interesting is my mom's dad. Grandpa. He served in the Spanish American War (left of the 2 photos) under his real name, Benjamin Warner. After the war, he married and had a family, but his wife died during childbirth. He left his kids with his sister and changed his name to Patrick Haley. Why?? No one seems to know! Then he served in the Army in World War I, met my grandmother who had immigrated from Ireland and they married and had 3 children. He never told my grandma that he had been married before and had children. What a shock that must have been for her to discover this when he sought to get his military pension and he ran into problems since he had served under 2 names. I would have liked to be a fly on the wall when all this came down! Anyway, the last photo is of my brother, Bob Repetowski, who served in the Air Force as a helicopter repairman, serving in Vietnam and the surrounding area. Pretty scarey stuff I'm sure!

So there you have it. The youngsters need to be taught about their military heritage and why it is important that we have the military and the many sacrifices that people have made in the past to preserve our freedom and help those in other countries seek freedom from tyrants. One of Dave's relatives from way back fought in the American Revolution! THANK YOU!! Shauna and her daughters are eligible to join the daughters of the American Revolution since they are related to him by blood. I really do think that is something to be proud of.

I was thrilled to put this photo montage together and as I was doing so, remembered that though my dad didn't serve in the military (I know he tried but can't remember why he wasn't able...maybe flat feet!)  :) he served in the CCC's which many have never heard of. It was the Civilian Conservation Corps and I do have photos of my dad working at a sawmill and logging in Michigan. I never talked to him about this time in his life and I'm sad that I don't have more details. Time for some research into the CCC's to find out more.
Posted by Sandy Young at 9:26 AM No comments:

Shauna posted this on her blog: http://www.myronette.com/2011/12/08/how-to-make-a-magazine-tree/
I decided I should try to make this magazine tree. Here is the finished product, after using 2 magazines and gluing them together, spray painting and adding glitter. 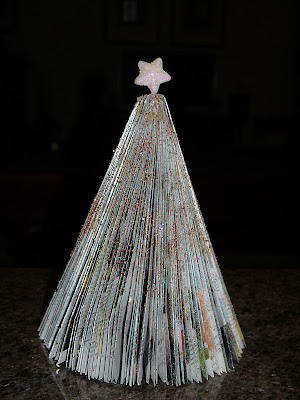 Whether we are ready or not. I'm getting there. I have so many project I would like to do, but am running out of time! Here are a few of the things that I have made.

Since Dave's brother, Bob, fell off a ladder and had a very serious broken leg, we have been dealing with all the details that need to be handled. He has been in the hospital for 5 days now and may come home either tomorrow or Wednesday. My craft projects are on temporary hold! I suspect that after he gets settled in, I will get some time to finish up some things, but then, I keep finding new craft ideas that I want to try. I will have more to share, but maybe not until after Christmas!﻿﻿﻿﻿﻿﻿﻿
Posted by Sandy Young at 7:18 PM No comments:

Adventures with the Grandkids

We had the opportunity to keep Saben and Annika overnight last night and look what we've been doing! After dinner we drove to Gene Coulon Park to watch the Christmas lights get turned on. What a huge amount of beautiful Christmas "Clam Lights!" It was SUPER cold out and there were lots of people there watching the festivities. There were so many Christmas decorated boats in the parade of boats that we began walking toward our car after 45 minutes of boats going by. We had the perfect spot to see it all, right in the middle of the long "U" shaped dock. Here are some photos: 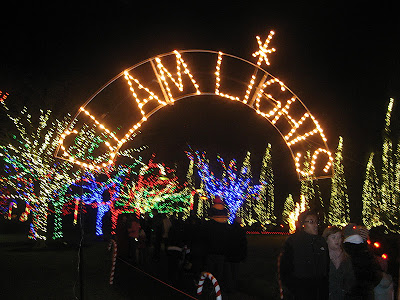 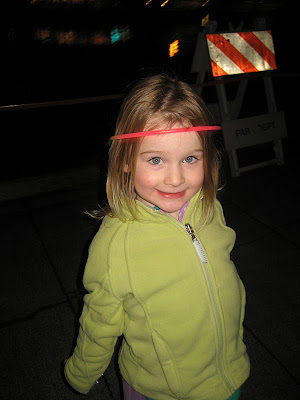 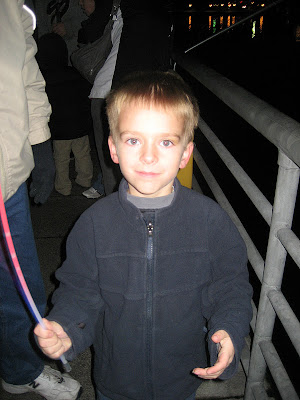 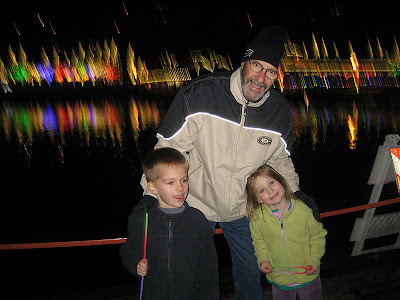 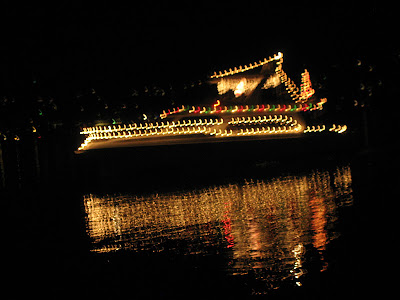 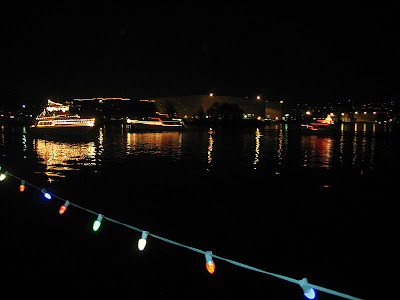 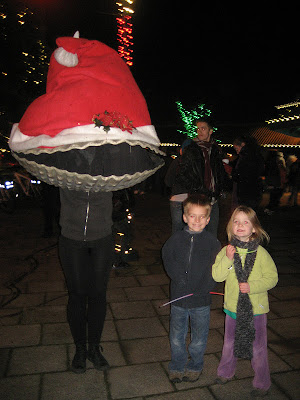 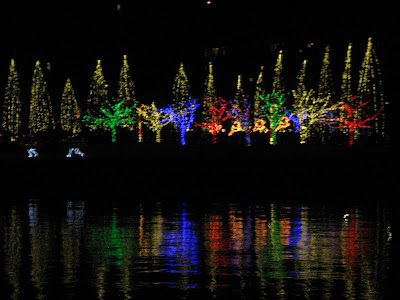 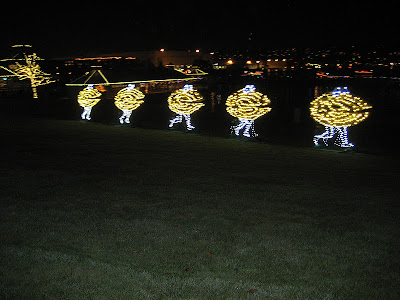 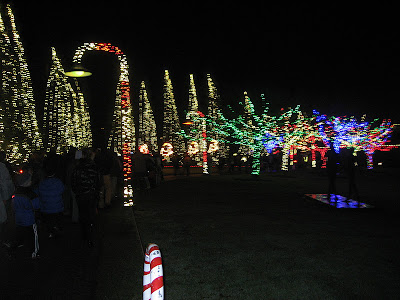 The kids searched through part of one of my containers of buttons and selected some to use for the Christmas trees that we made. 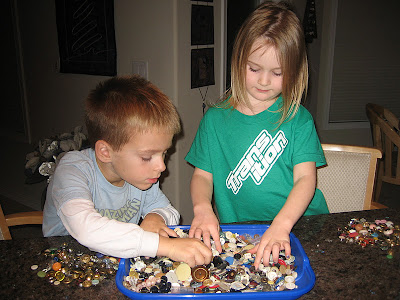 Believe it or not, we used 2 of those thin paper plates to create the cone and then covered them with fabric. Lots of hot glue later (grandma did all the gluing) and they told me what they wanted for the star on top and where to place the buttons. Here are the finished trees which I have placed over upside down martini glasses. 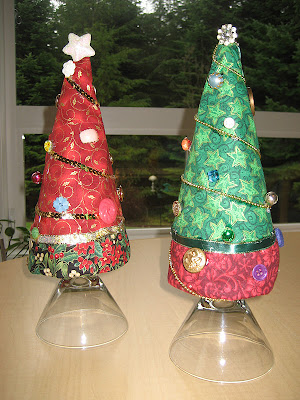 For lunch I made these pizza roll-ups. I found the recipe on Pinterest (love that site!) and Grandpa and the kids enjoyed eating them. They are really simple to make: Use Pillsbury crescent rolls, a bottle of squeezable pizza sauce, low fat pepperoni and 1/4 stick of mozzarella cheese per roll. 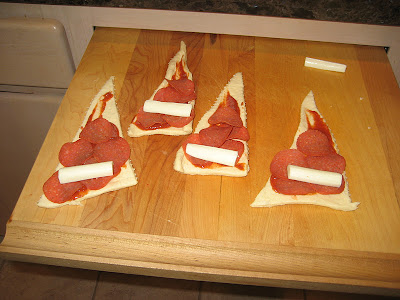 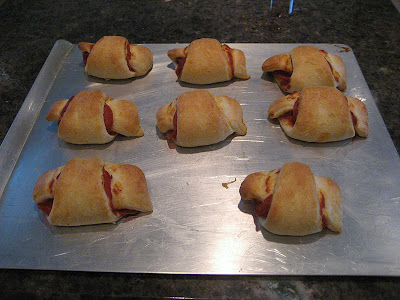 After lunch we played Chinese Checkers. It has been many, many years since I played that game! 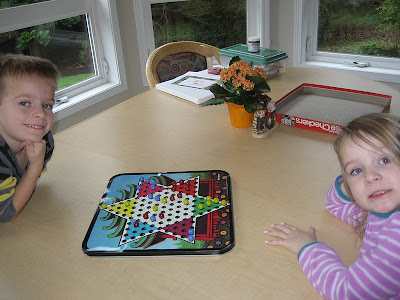 Then we drove to Seattle to meet Kyle and Kari at Pacific Place where we ate dinner and the kids had their picture taken with Santa. We walked to the Sheraton Hotel and looked at all the ginger bread houses on display. What a fun time with our two oldest grandchildren! And their parents!! 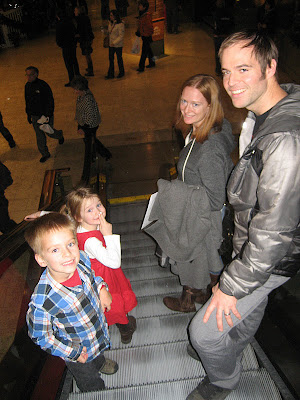 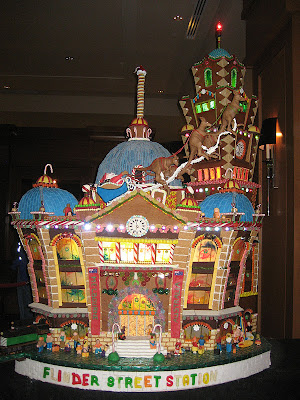 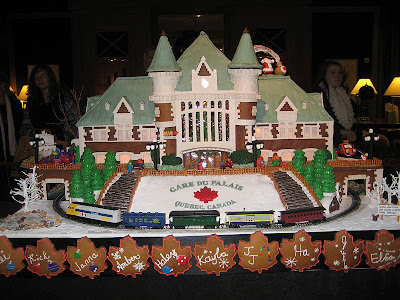 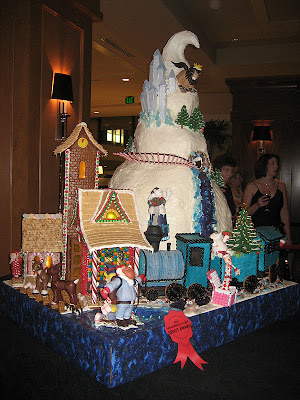 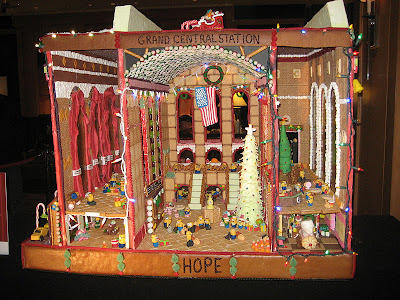 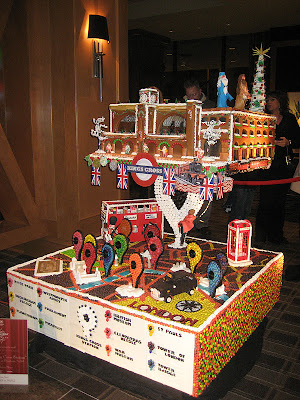 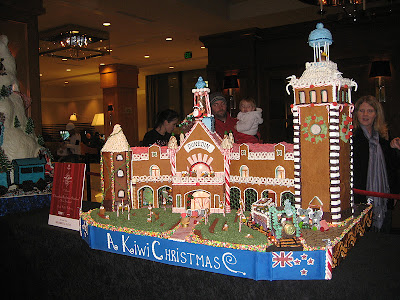 I was feeling crafty today and after getting inspired by some ideas from the website Pinterest (http://pinterest.com) I decided to make a cristmas tree out of the MANY buttons that I have saved over the years. I have more buttons than you can imagine! I already had the styrofoam cone and an extra box of long white tipped pins so I was ready to go to work.

I think I should have a craft day and invite ladies in to do some crafting together. Sounds like fun, doesn't it!?

With the chilly weather approaching and golf relatively over, my mind drifts into my craft room. I've got several unfinished projects that I would like to get back to. For instance, I have 3 quit tops that need to be layered and quilted. One of them is a Christmas lapquilt. Not to mention the other quilts that I have purchased the fabric for but have yet to start. I will have to live to 120 to finish all the quilt projects ahead of me!
﻿
﻿

And finally, here are a couple of other things that need tended to:

Wednesdays are good days at Valley Medical Center. Once again, yesterday was a special day as they awarded gifts to the employees of the month and had the annual department pumpkin carving contest! Of course there was cake, fruit, candy, carmel corn, punch and coffee for everyone. Since the gift shop is right across from the big fountain, we are right in the center of activity! Here are some of this years entries in the contest. There is definitely some creative talent at VMC!